Everyone loves rooting for the underdog.

David and Goliath is the classic parable, while movies such as Rocky and sports triumphs like the U.S. men’s hockey team – pegged as dead men walking, er, skating – defeating the Soviet Union to win gold at the 1980 Olympics are held up as enormously inspirational stories.

Facing automotive Goliaths Toyota and Honda, minuscule Mazda quietly tinkered with its own challenger to the almighty Camry and Accord, back when midsize sedans were still hot sellers. Freed from its feudal bondage with Ford, the automaker developed a lightweight platform that would underpin its future products, including the third-generation Mazda6.

While substantially lighter than the previous Mazda6, the all-new 2014 model certainly didn’t look it. The broad-shouldered sculpting and elongated hood lend an aggressive stance to the family sedan, the bold look guided by Mazda’s Kodo design language. The car’s wheelbase is 4 centimetres longer, but overall length shrank by almost 6 cm, while height was trimmed by 2 cm.

Inside, the 6’s aesthetic is both fashionable and functional. Cabin materials exude quality and the fit and finish are among the best in class (read: Audi). Most controls are simple and user-friendly, but the touchscreen interface is a step behind the best systems out there. The screen and the interface buttons are small, but a multipurpose knob located near the shifter provides helpful control redundancy.

There’s generous headroom, even for those taller than six feet, although the sedan’s sloping rear roof line makes the rear windows smaller, resulting in a more claustrophobic feel than you’d find in an Accord or Camry. The trunk’s luggage capacity is very competitive at 416 litres (14.8 cubic feet).

“There’s a lot of interior room. I’m 6 feet and have more than enough room. I don’t even have to move my seat for my 6’3″ friend to sit behind me with plenty of leg room to spare,” an owner of a 2014 model posted online.

In spite of the badge, the standard engine in the 6 is an aluminum 2.5-L direct-injected four-cylinder, the sole offering for a number of model years. It makes 184 horsepower and 185 lb-ft of torque, thanks to its long-stroke design with variable valve timing. Its Skyactiv-G tech includes high injection pressure (2900 psi) and a very high 13:1 compression ratio, specifications that allow it to burn regular gas. 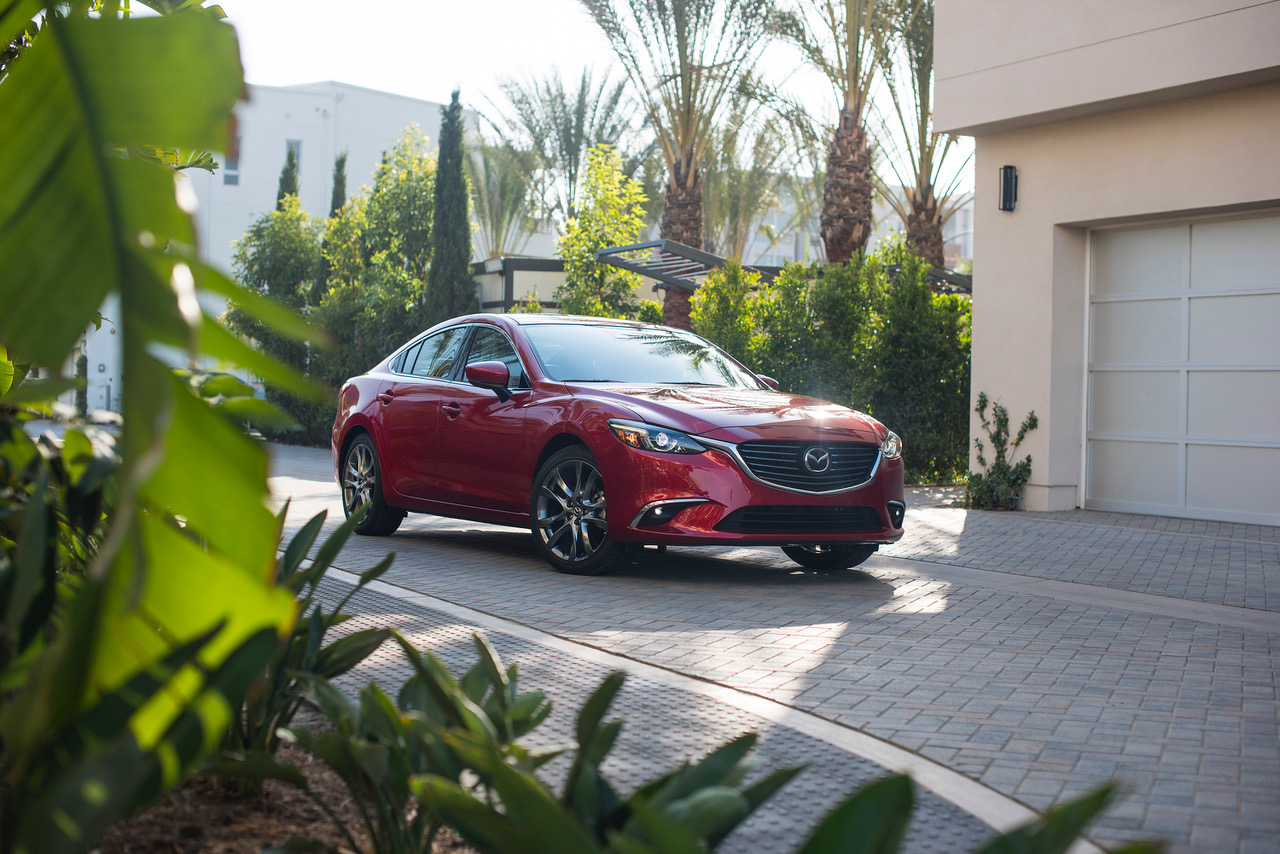 One optional feature available on the 2.5-L four is Mazda’s i-ELOOP system that uses regenerative braking and a supercapacitor to reduce the draw on the alternator and thus boost fuel economy by 10 per cent in stop-and-go city driving.

Engineers mercifully kyboshed the idea of using a continuously variable transmission (CVT) and opted for a conventional six-speed automatic, also branded Skyactiv, indicating it has some low-friction features that help conserve fuel. Credit Mazda for continuing to offer a slick-shifting six-speed manual gearbox, too.

The Mazda6 saw a number of incremental changes for 2016, including a larger 7-inch touchscreen, upgraded trim on the dash and centre console, an electronic parking brake and a Sport mode for the automatic transmission. The GT model received revised front and rear styling that included new LED headlights.

More substantive changes arrived for 2018, including an optional engine pinched from the CX-9 sport utility. The 2.5-L turbocharged four-cylinder makes 250 hp and 310 lb-ft of torque working through the six-speed automatic transmission exclusively. A new grille and headlights highlight the exterior changes, while the restyled dashboard and climate controls give the 6 a more upscale look inside.

Sadly, the six-speed manual gearbox was dropped for 2019. However, the i-Activsense safety suite of driver aids is now standard equipment, as is G-Vectoring Control Plus, which enhances the handling characteristics. Larger front disc brakes grace cars equipped with the optional turbocharged engine.

Mazda6 owners enjoy a car that drives as nicely as it looks. Careful chassis development yields above-average driving satisfaction for a family sedan. Would you expect anything less from the engineers who put together the overachieving Miata roadster? It manages to provide thrills on a snaky road without sacrificing refinement or comfort. Sensitive types might decry the stiffer ride provided by the 19-inch wheels and low-profile tires, but it’s not punishingly so.

Acceleration is decent with either engine, but what the four-cylinder-only 6 cannot do is keep up with the vaunted performance brands (you know who they are). With the 184-hp base engine, highway velocity comes up in 7.2 seconds, or 7.8 seconds with the manual stick. The turbo model hits 97 km/h in 6.4 seconds – considered tepid acceleration for a turbocharged sedan with 250 hp on tap (note it’s only 227 hp if using regular-grade fuel).

Both engines deliver very good fuel mileage. What’s even more impressive is that the turbo model can exceed its highway fuel consumption rating in real-world driving conditions by a significant amount. Even the base engine easily delivers a 2-mpg advantage over its government highway rating.

Like we said, people love an underdog, and the Mazda6 strikes us as the automotive equivalent of one. It doesn’t seem to garner much attention despite its sublime styling, superb driving dynamics, spacious cabin and luxurious furnishings. It’s a genuine sports sedan – minus the neck-snapping acceleration – that can accommodate a family as well as most any sport utility.

In terms of warts, there are very few. As noted, the turbo engine lacks the thrust many rivals can deliver, and there’s no six-cylinder to speak of. Some owners found the infotainment system a little clunky, but later models had an improved unit. A few motorists disliked the stiff ride with the optional 19-inch wheels, but the regular 17-inch wheels and tires are fine.

Being a genuine made-in-Japan import – a rarity these days – the Mazda6 largely delivers on the promise of a trouble-free ownership experience. But no automobile is perfect, and 6 owners have flagged a few reliability issues of note to used-car shoppers.

The automatic transmission may emit an audible whine at speed signalling a mechanical issue. Owners have reported their transmissions were replaced or, if beyond the warranty period, some were lucky enough to get some “participation” from the dealer in terms of a reduced replacement cost. Post-2016 models appear to have fewer transmission woes.

A common issue in early builds involves the Start/Stop ignition button, which will shut off the engine, but all the electronic accessories will stay on and the car can still be shifted into gear. Apparently, the issue stems from the computer not reading that the transmission is in Park. The fix reportedly involves replacing the gear selector switch which may have a faulty spring. 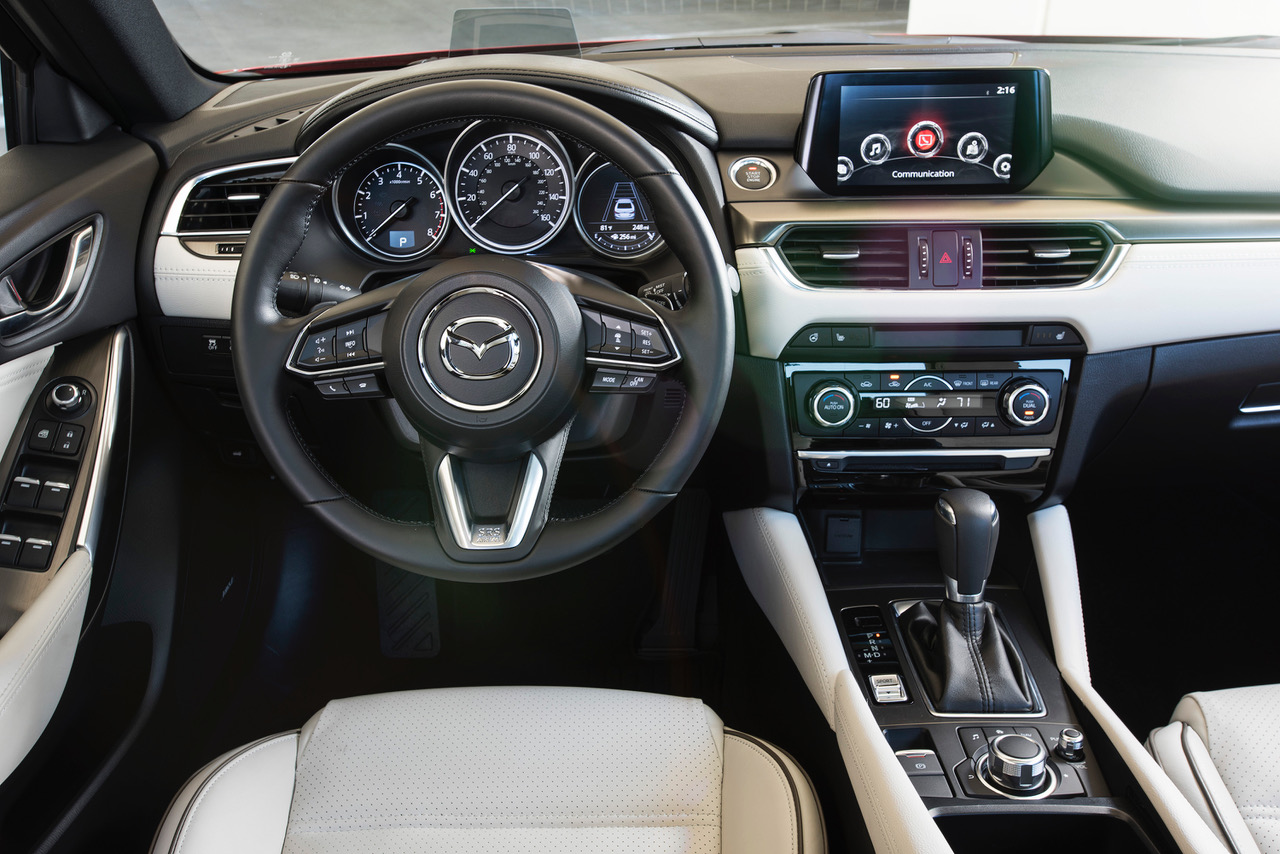 Drivers suggest the Mazda6 has an unusually delicate windshield. As one owner reports: “Vehicle has had three windshield replacements in just three years. The windshield design seems to be extremely fragile and induces safety-related sensor function anomalies.”

The car’s mechanical parking brake is reputed to let water infiltrate the brake caliper’s protective boot and the actuator shaft may rust, which could result in the rear brakes dragging while driving. Mazda recall 1217F addresses the issue.

Other reported problems with the Mazda6 include fussy infotainment units that may reboot on their own or fail to display anything intermittently, peeling aluminum wheels, short-lived clutches on manual-transmission models and faulty supercapacitors used by the i-ELOOP system.

Despite its mechanical weaknesses, the Mazda6 remains a vastly underappreciated midsize sedan in Canada. The good news is this slow-selling model depreciates quicker than other Japanese-branded sedans, making it an uncommon bargain in the segment. 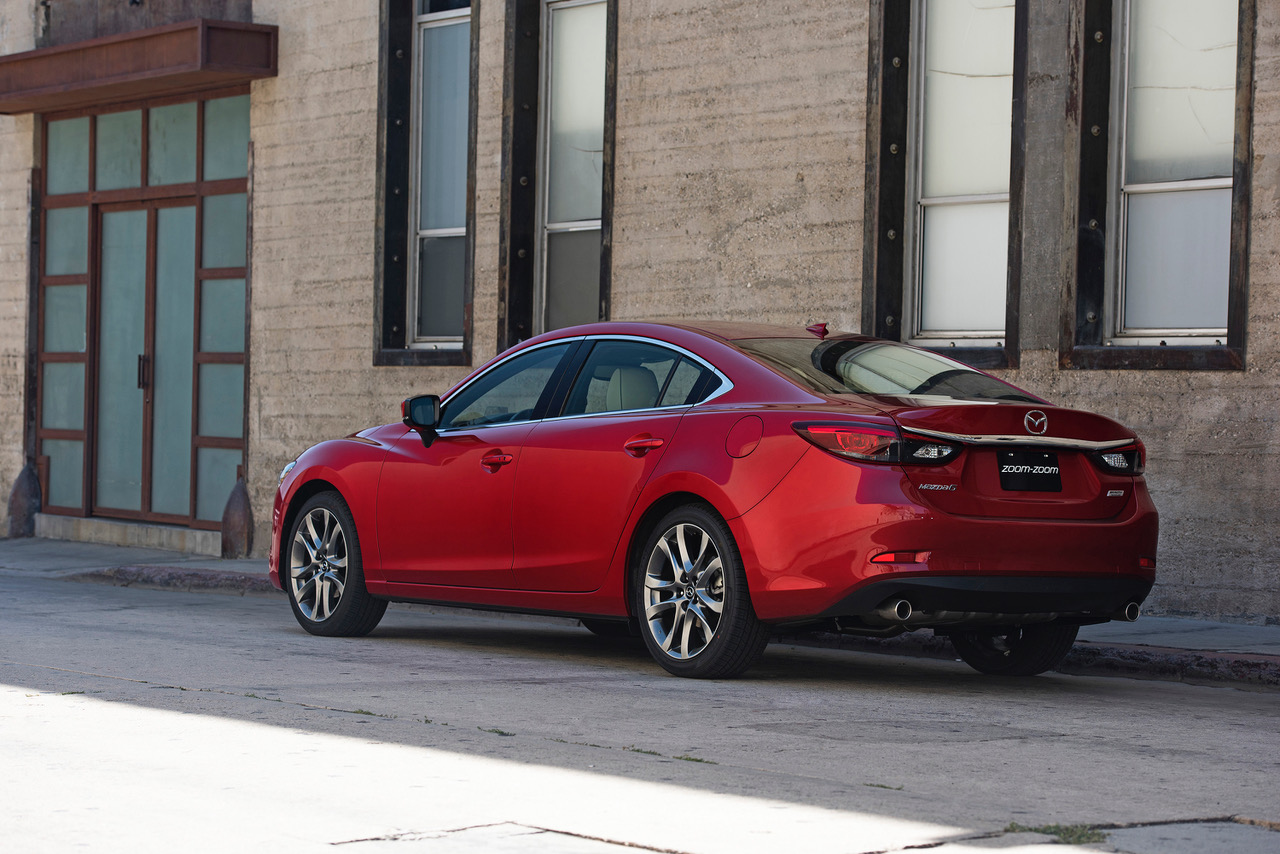 Check out Mazda Cars for Sale at Discounted Prices in Uganda  in our Car Bond.