With the subcompact Fit and two-door Civic departing Honda showrooms for the 2020 model year (a moment of silence for the Coupe, please), the little HR-V crossover now takes up residence as one of the smallest and least expensive models in the lineup. The current iteration received a slight styling and feature refresh in 2019 but, it must be said, is essentially the same car that went on sale in Japan about seven years ago.

An entry level HR-V LX wears a starting price of $25,200 that is about $3,500 south of its more popular showroom brother, the CR-V. For that sum, one makes do with front-wheel drive and a 1.8-litre engine making 141 horsepower and a rather anemic 127lb-ft of torque. However, buyers will find this same engine under the hood no matter how much they spend on an HR-V.

Aluminum-alloy wheels measuring 17 inches in diameter look good for an entry-level vehicle, as do the LED brake lamps and daytime running lights. Those body-coloured sideview mirrors are heated, as is a handy de-icing grid underneath the windshield wipers. Irritatingly, only three shades of paint – black, white, and grey – are available (and white is extra cost).

Heated front seats and automatic climate control are part of the LX deal (thanks, economies of scale), as are a set of second-row Magic Seats cribbed from the dearly departed Fit with which the HR-V shares much in terms of architecture. The manner and ease in which those seats flip and fold open up an incredible amount of cargo space given the car’s diminutive footprint. 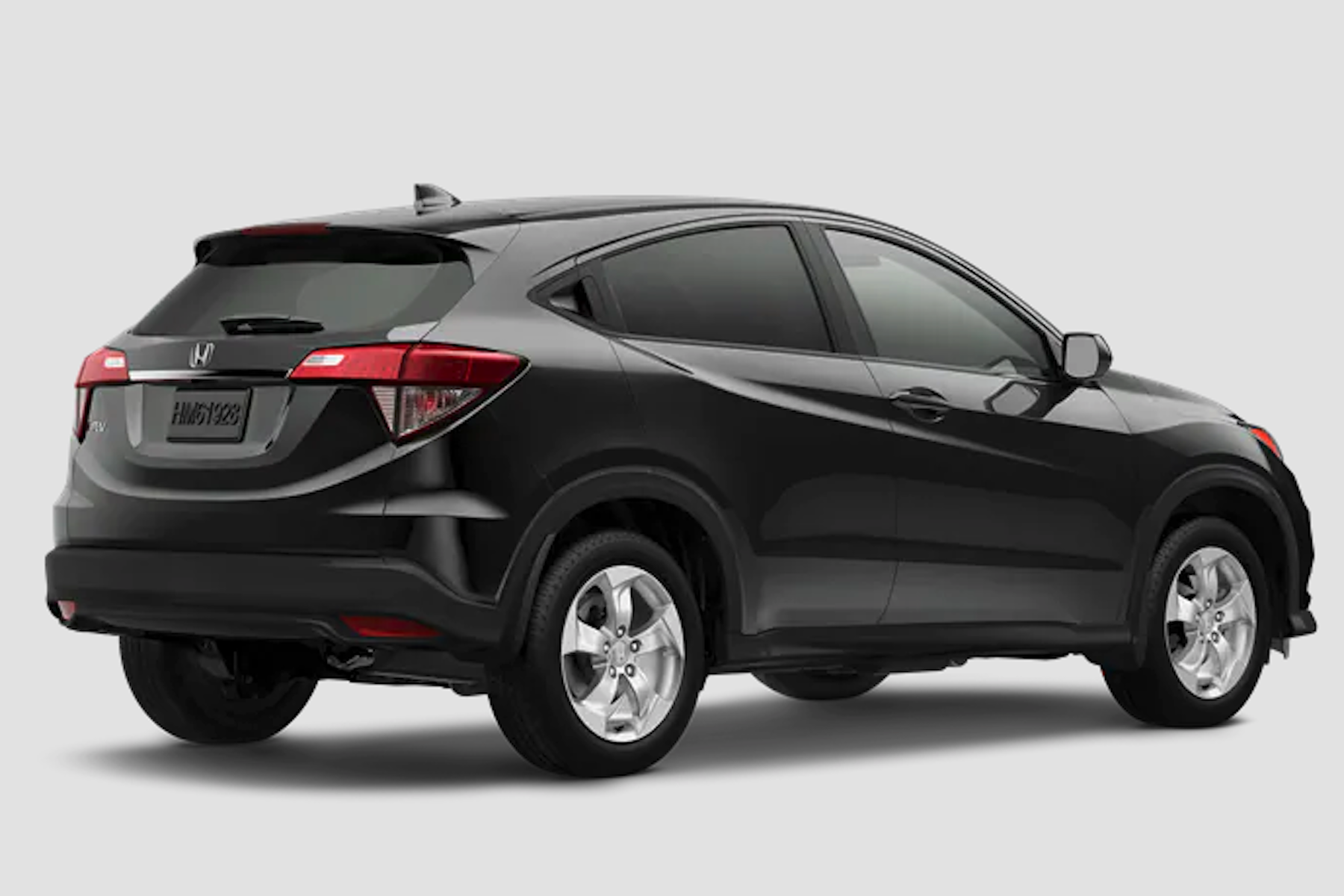 Honda is quickly becoming known for packing a large amount of safety kit into even its base model cars. This least-expensive HR-V includes the likes of collision mitigation braking, lane keeping assist, adaptive cruise control, and various klaxons to warm drivers of impending doom. While backup cameras are now found on just about every road-going vehicle except for bicycles, HR-V’s pull off the neat trick of offering a couple of different views intended to aid with backing into tight underground parking spots.

Remember the similarly equipped CR-V we mentioned earlier? At this price, it’s difficult not to look across the showroom floor and be tempted by that larger vehicle. While its base price is higher, Honda routinely offers better financing terms on CR-V. While we never recommend buying a car based solely on a monthly payment, it is important to know how much one is paying for a vehicle over the life of a loan.

Do the math, and you’ll find the HR-V/CR-V price delta shrinks thanks to interest rates. CR-V is also more powerful and bigger in size, though the latter may not be appealing to Yonge Street condo dwellers. As always, it’s important to do one’s homework and shop carefully.

Find Great Deals and Offers on Compact SUVs in Our Car Bond: