Lately, I’ve found myself contemplating something that has started to gnaw at me: the question about classic cars, and what makes a classic.

I will admit, having covered the industry for over a decade and having spent most of my education studying classic and muscle car books, I am having trouble determining if anything released today will ever tug at our heartstrings as did – and continue to do so – the 1964/5 Ford Mustang or the Ferrari 288 GTO, or the Chevrolet Corvette C2. You see those cars on t-shirts, in fanciful “dream garage” paintings and it’s hard to get any more classic than when the President of the United States owns one, as is the case with the Corvette.

With many of today’s cars, as well engineered as so many of them are, I have difficulty picturing them in a museum 30 years from now. One reason may be because of today’s many rules and regulations that took away such things as tailfins so common in the ‘50s and ‘60s.  So as cars needed to become safer, styling be darned.

In addition to safety, efficiency started to become – and continues to be – job number 1 (or 1A, depending on how you look at it) and there are just certain shapes that are adept at both cutting through the air to reduce drag, and passing evermore stringent safety testing. Then you add the massive popularity of SUVs and CUVs into the mix – vehicles that are historically very challenging to make unique – and you start to see the car as art begin to wane a little.

But here’s the thing: through all my ruminating, I have found that there remain some incredibly bright lights in the car world, and that the classic car canon will continue to evolve for some years yet.

I recently had a eureka moment at the helm of the 2021 Lexus LC500 Convertible and after careful consideration, I’ve realized that this car may very well be the perfect road map to “classic car” status.

Is there a commonly accepted definition for a “classic car”?

Well, that kind of depends on who you ask – which I guess means that no, there is no one single commonly accepted definition.

The Classic Car Club of America, for example, defines it as a car built between 1915 and 1948, but in the U.S., different states have different rules as to what car gets historical or collector plates. In Canada, too; in Ontario, cars have to be 30 years or older to get historic pates. In B.C., it is 25 years.

So with that in mind, let’s have a look at this Lexus.

Drop tops have the distinction of being the most perfectly impractical body styles we’ve ever seen – so of course, everybody wants one! Indeed, when you look back at so many classic cars through the years, they’re often drop tops, or at least drop top versions of certain cars, such as the Porsche 356A Speedster. The Shelby Cobra. The Ferrari F50. The Cadillac XLR (there’s actually a bit of the Corvette-Caddy in the LC in terms of proportions and stance). The Ford Galaxie Skyliner and ’57 Thunderbird. The Mazda MX-5. The Triumph TR6. The Jaguar E-Type – every major car-producing nation seems to have made a convertible at some point that has become a classic today. Add the fact that the LC is a soft-top and the point is rammed home; convertibles were never supposed to have heavy, complicated folding hard tops. Just ask Rolls Royce; every convertible they’ve ever made has a soft top. And there’s been no shortage of classic Rollers over the years.

Styling, of course, should come intro consideration when you consider classic cars. Take the beautifully sculpted yet functional lines of the 288 GTO, for example. You might be hard-pressed to find someone who calls that car “beautiful” thanks to its knife-edged front end, but if you take time to consider its great wheels or the way the body bulges ever-so-slightly around the rear fenders past the NACA ducts, you start to see just how elegantly crafted it is.

For the Lexus, it starts with the long hood, large but stylish wheels, proud grille, eye-catching paint hues with names like “Infrared” (my car had that), “Flare Yellow” and “Nori Green” and is further boosted by the fact that the LC, even in production form, kept close to the far-out stance and received a lot of the detailing found on 2012’s LF-LC concept. That’s not something you see every day: a consumer-ready concept car.

It runs on internal combustion

The Chevrolet Corvette C2 – you know, the President Biden one – was the first time we saw a big-block 427 in a Corvette. While it’s probably the Shelby Cobra that really popularized that number, the 427 L88 the Corvette got was an enormous and gutsy engine. Corvettes of the era with that engine and which are in proper shape can garner $150K-plus bids at auction.

For its part, the LC Convertible is available only with a burly 5.0-litre V8 engine that makes an absolutely addictive sound, while its coupe sibling gets a hybrid option. The former is yet another much-loved aspect of cars that is going the way of the Edsel: the big, powerful internal combustion engine. So chalk up another point for the Lexus on the “classic car” punch list.

While some may consider the first Chrysler minivan to be a classic – there’s one in the Henry Ford museum, after all – it wasn’t really a rare car in terms of sales. So a car doesn’t necessarily have to be produced in low quantities to be considered a classic. That being said, the LC is actually quite rare by modern standards, especially considering that it comes from a mass-market manufacturer. 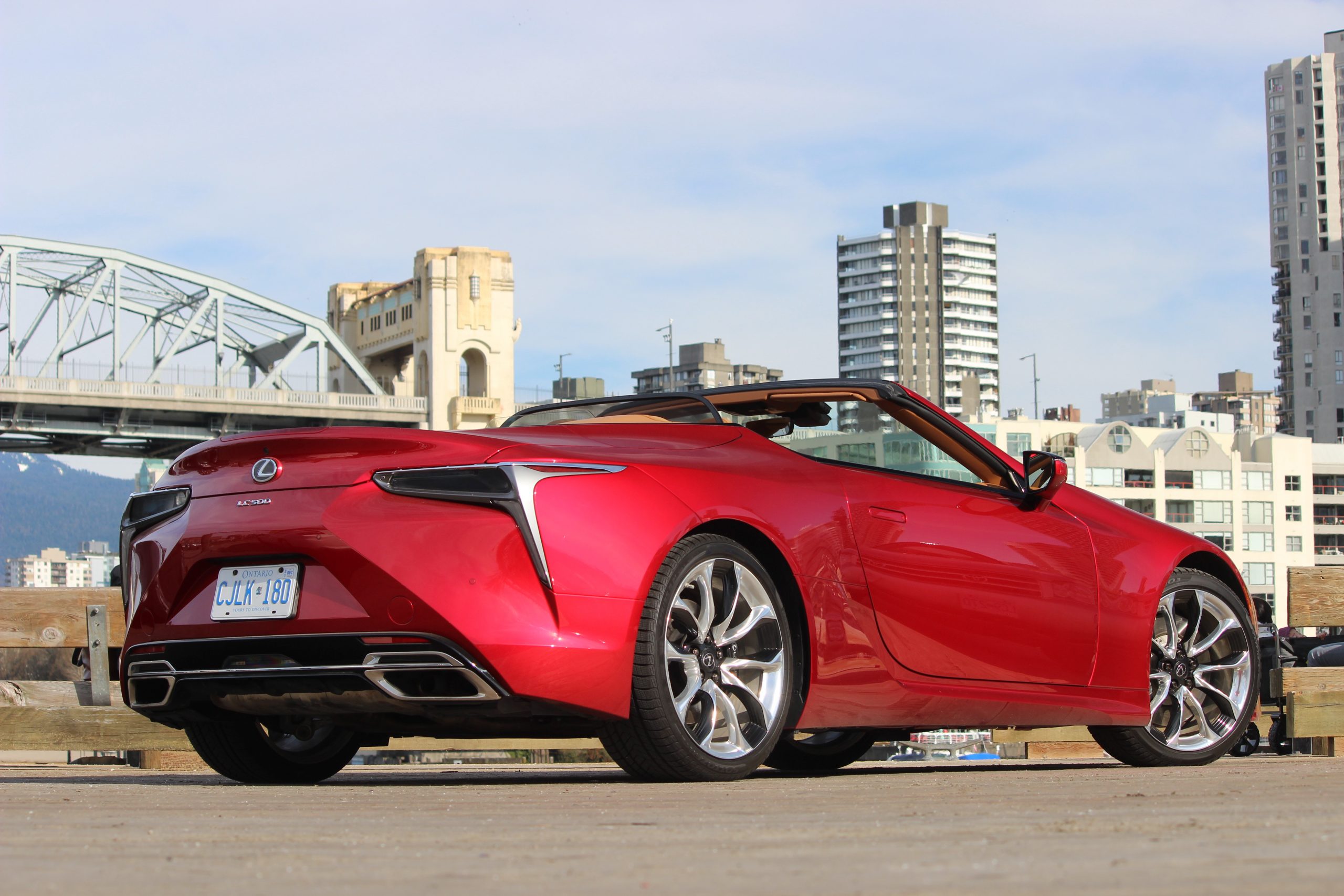 It can be made even more “special”

In a typical car review, I would add a comment about the interior styling and tech here, but that’s not what this is about; and if I’m honest, as good as the LC is, the interior doesn’t move the needle quite so much. Being a rare car that’s built by a mass-market manufacturer means the parts bin has been raided, even for the LC. The overly-Lexus interior may hurt the LC’s “classic” credentials a little, until you consider the fact that there’s a $10,000 option package that provides blue exterior paint and soft top as well as white-and-blue interior.

Which brings me to my final point on this checklist: special versions. These can take an already legendary car up yet another peg, and you can bet that anybody who drops that $10K will be doing so with an eye to what that will look like in the future.

And there is a future for these. I know that now. The car is changing, but the good ones – the really good ones – and the unique ones will continue to be cherished, as long as manufacturers drop a line into the pool of risk from time to time.