When Toyota introduced the first-ever Prius at the turn of the millennium, many wondered if hybrid technology would go anywhere. On top of appearing overly complicated, the hybrid propulsion wasn’t exactly attainable. The original Prius was nothing more than a test bed for new mobility solutions.

But over time, Toyota perfected its hybrid drivetrain, to the point where it became so cheap to build, that it was integrated into almost all of its lineup. Toyota hybrids have also proved to be just as reliable as their gasoline siblings. Ask any cab driver which vehicle they prefer using as workhorse, and chances are it’ll be a Prius or a Camry hybrid. I once rode in a Prius taxi that had more than 600,000 km.

This economy of scale eventually allowed Toyota to sell hybrids at much more attainable price points. The Corolla hybrid is a case in point: the fact that consumers can now purchase a hybrid compact sedan for less than $30,000 proves just how much the technology has changed.

A Prius, with a Rebate

Toyota doesn’t hide the fact that the Corolla hybrid utilizes essentially the same drivetrain as a Prius, even if its base price is almost $4,000 less. And except for some Hybrid badges here and there, there’s nothing about the Corolla hybrid that reveals its gasoline/electric technology. 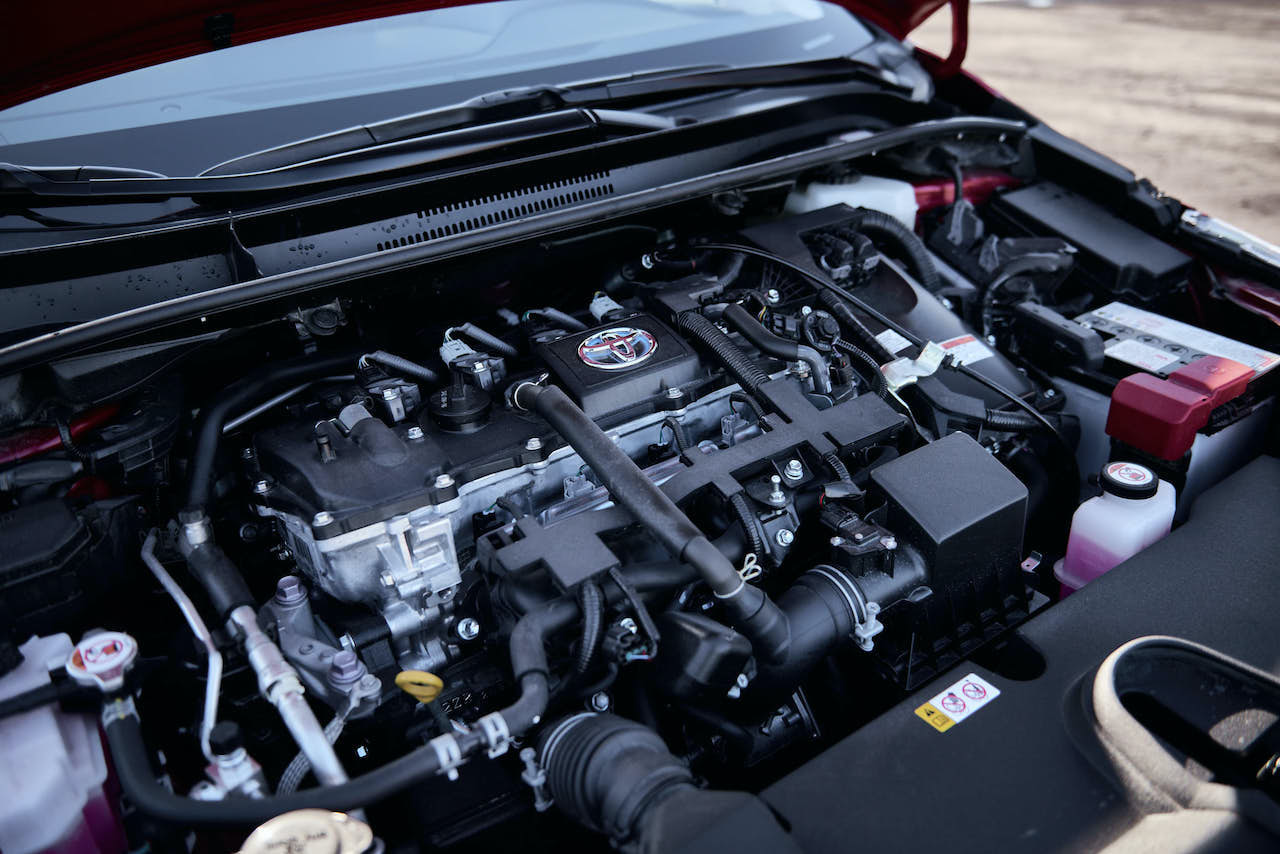 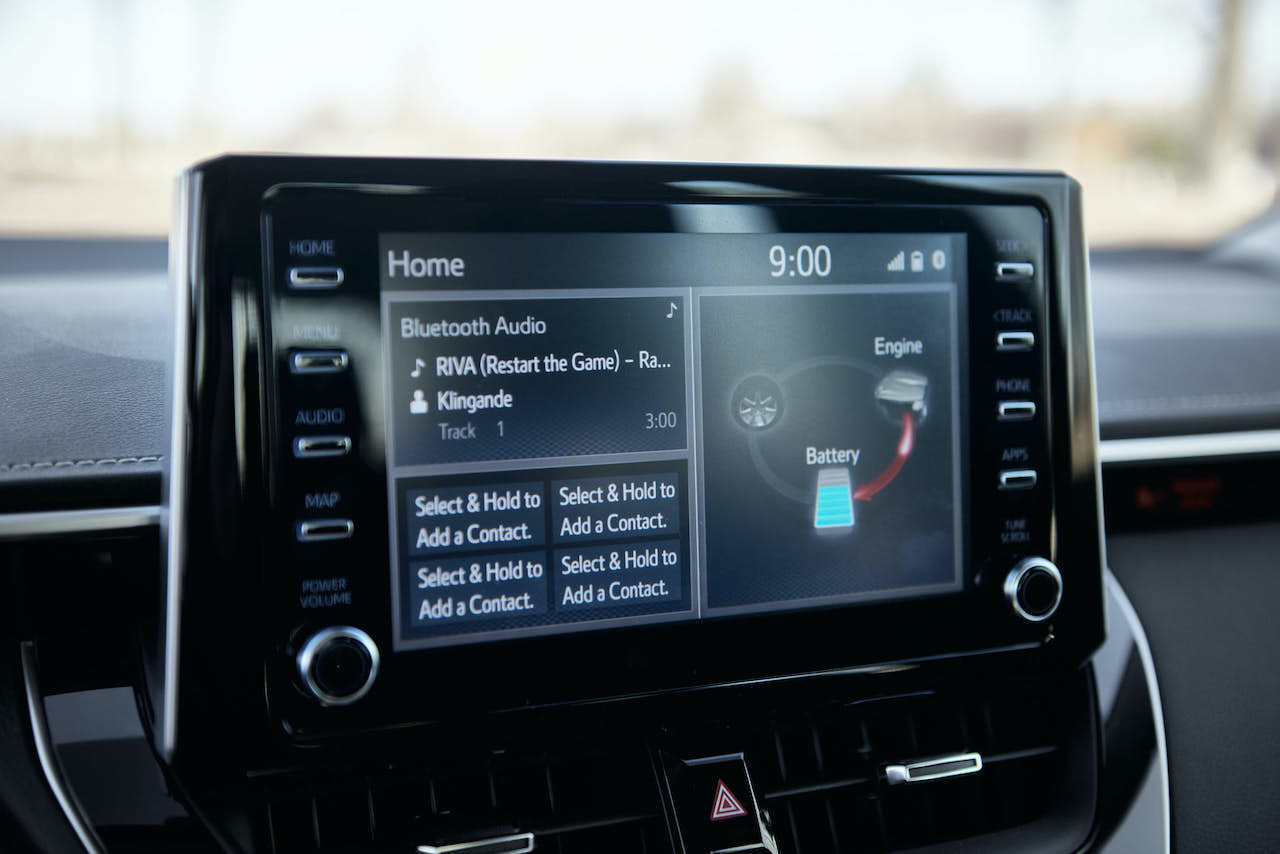 In case you’re still confused about what a hybrid vehicle can do, allow me to bring you up to speed. You don’t need to charge these cars, everything is done automatically. You also can’t really drive it using electric propulsion alone. While the Corolla Hybrid offers what Toyota calls EV Mode, the feature can only be activated at exceptionally low speeds (below 45 km/h) and during a short period of time. In other words, the tiny electric motor that was squeezed between the gasoline engine and the continuously variable automatic (CVT) transmission helps the gasoline engine burn less fuel and emit less emissions.

All this fancy technology leads to impressive and consistent gains in fuel economy. During our drive with the electrified Corolla, we recorded a combined fuel consumption rating of 5.1L/100 km during cool early Spring weather. That’s a full 1.6L/100 km less than what a standard Corolla will deliver. Toyota even claims the hybrid variant can go as low as 4.4L/100 km.

On the road, the Corolla’s TNGA modular architecture feels solid and well planted to the road thanks to efforts in lowering its center of gravity, but wind noise remains high, especially at highway speeds. And while transitions between gasoline and electric propulsion are seamless and fluid, the drivetrain itself is loud and buzzy. Punch the accelerator pedal in a Corolla hybrid, and the CVT will throw the revs up real high, but with very little actual acceleration. This is a slow vehicle, so don’t expect to do much overtaking with it.

But as far as an inexpensive way to daily drive year-round in Canada goes, the Corolla hybrid is hard to argue against. There are no compromises in rear seat room or cargo space, even with a lithium-ion battery back nestled underneath the rear seat. And that hybrid drivetrain has proven to be nearly un-killable in the Prius so far, so expect extremely low maintenance costs as well. 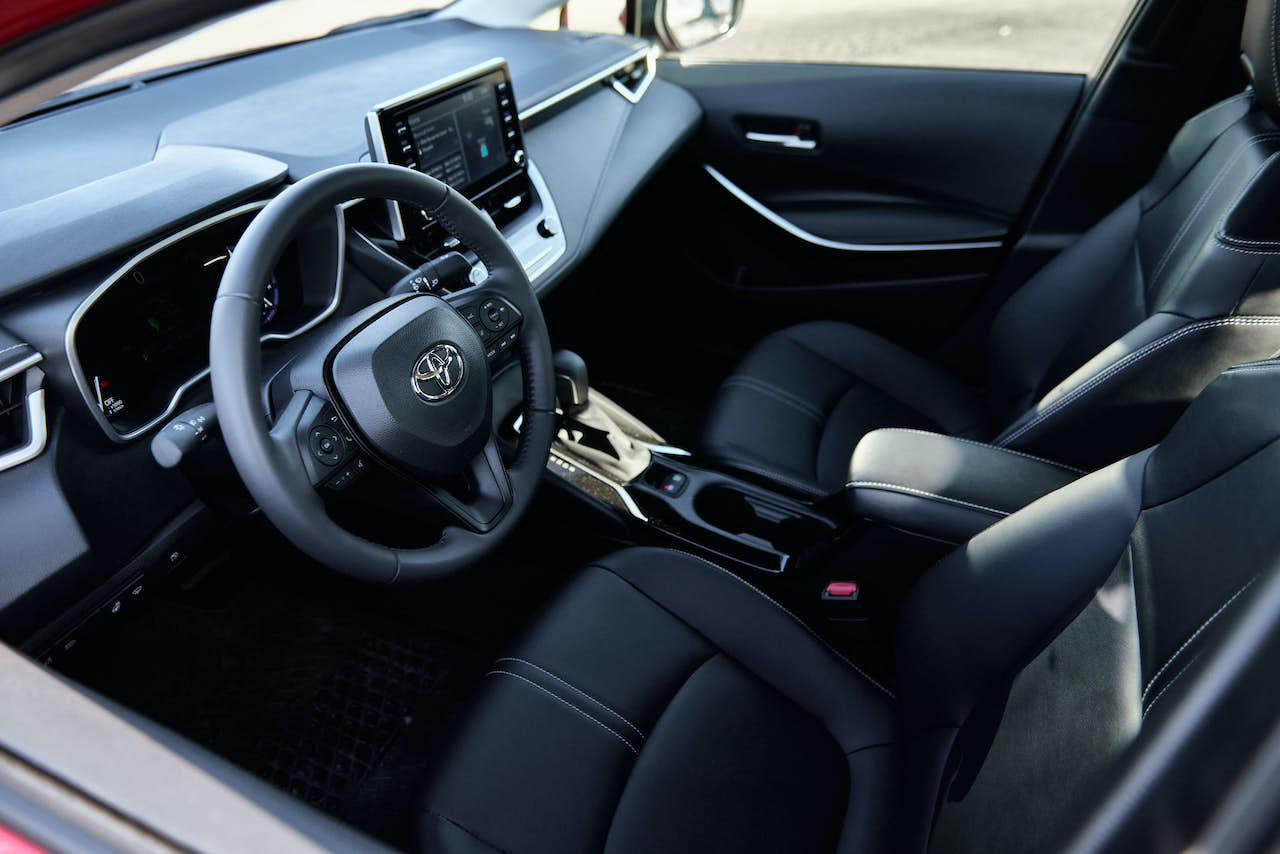 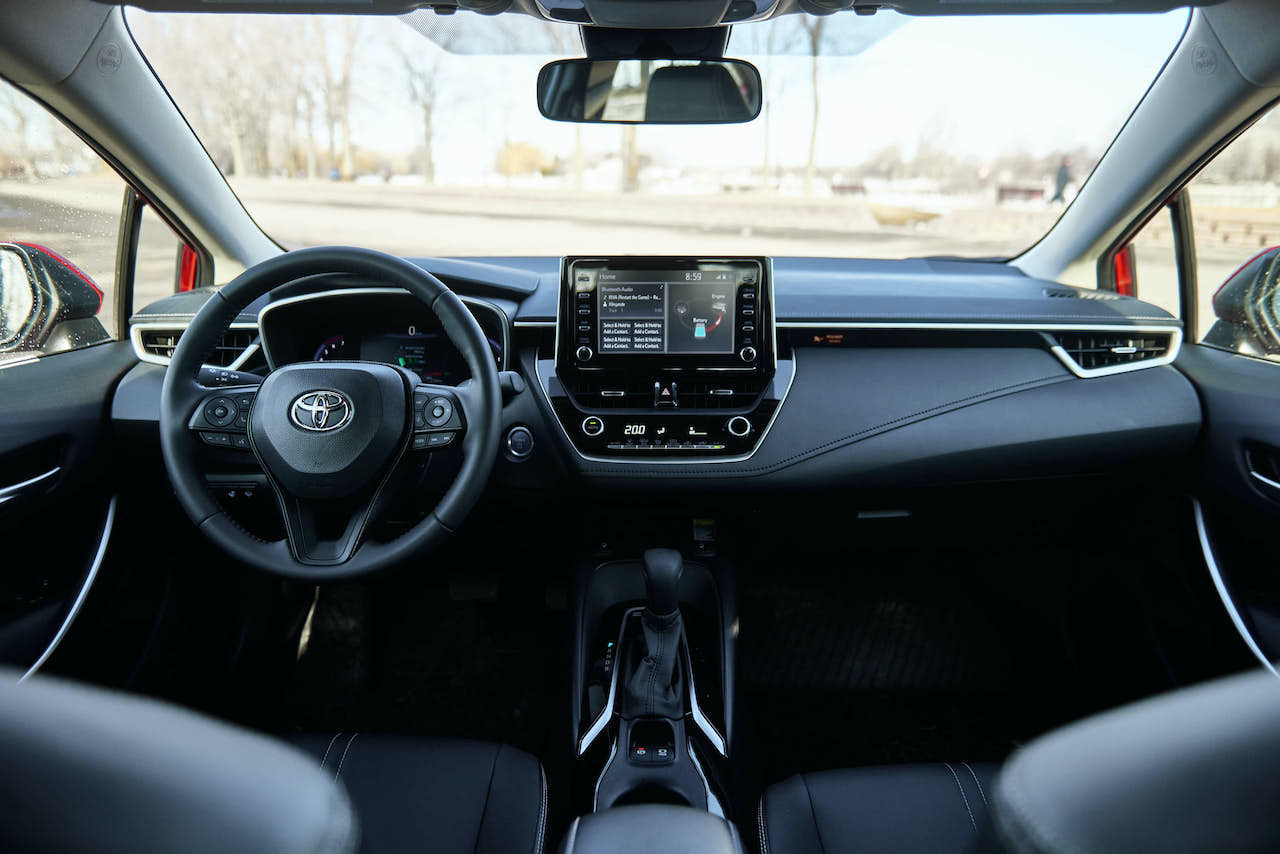 Overall cabin ergonomics are good in a Corolla. The front seats offer satisfactory, but never game-changing comfort. Visibility is good all around and most of the switchgear is easy to grasp and comprehend. Toyota continues with its inconsistent infotainment interface. Overall, the interface is easy to use and quick to react but completing simple tasks will at times require you to go through several steps. Also, the Home button doesn’t actually bring you home, but rather to a general screen with an overview of what’s running in the background. Home, is in fact Menu. Why? Because that’s what Toyota decided.

Saying the 2021 Toyota Corolla hybrid is a good purchase is an understatement. While it won’t set anyone’s hair on fire in the performance department, it is the automotive embodiment of safe, reliable and inexpensive transportation. We need cars like these for middle class families on a tight budget. And in that respect, this Corolla certainly delivers. Perhaps, more importantly is that we owe it all to the hybrid Prius Toyota brought to market two decades ago.