Car companies are constantly looking for new niches in which to offer their wares. With small cars and the like quickly being broomed from dealer lots, compact and subcompact crossovers are cropping up like frost on a Canadian winter morning. Luxury brands such as Lexus are into this game too, of course, with vehicles like this UX 200.

It is the smallest machine Lexus has to offer – its length is within spitting distance of a Mini Countryman, in fact. The front-wheel drive entry-level model is powered by a 2.0-litre four-cylinder engine making a total of 168 horsepower, a sum that is pretty typical for this segment. Power is handled by a gearless continually variable transmission.

We will allow that the current design language at Lexus is an, er, acquired taste and one which refuses to mellow with age. At least the UX’s LED tail lamps are toned down slightly compared to some other offerings. As for the grille – well, at least you don’t have to look at it while driving. Colour selection is limited to the greyscale.

Lexus is an aspirational brand, so even this end of its pool features standard kit like heated and ventilated front seats, dual-zone automatic climate control, and and power moonroof. Infotainment – never the Lexus strong point – is handled by a relatively small 7-inch display screen. It works with Apple and Android operating systems, plus the standard roster of Bluetooth and satellite radio functionalities. 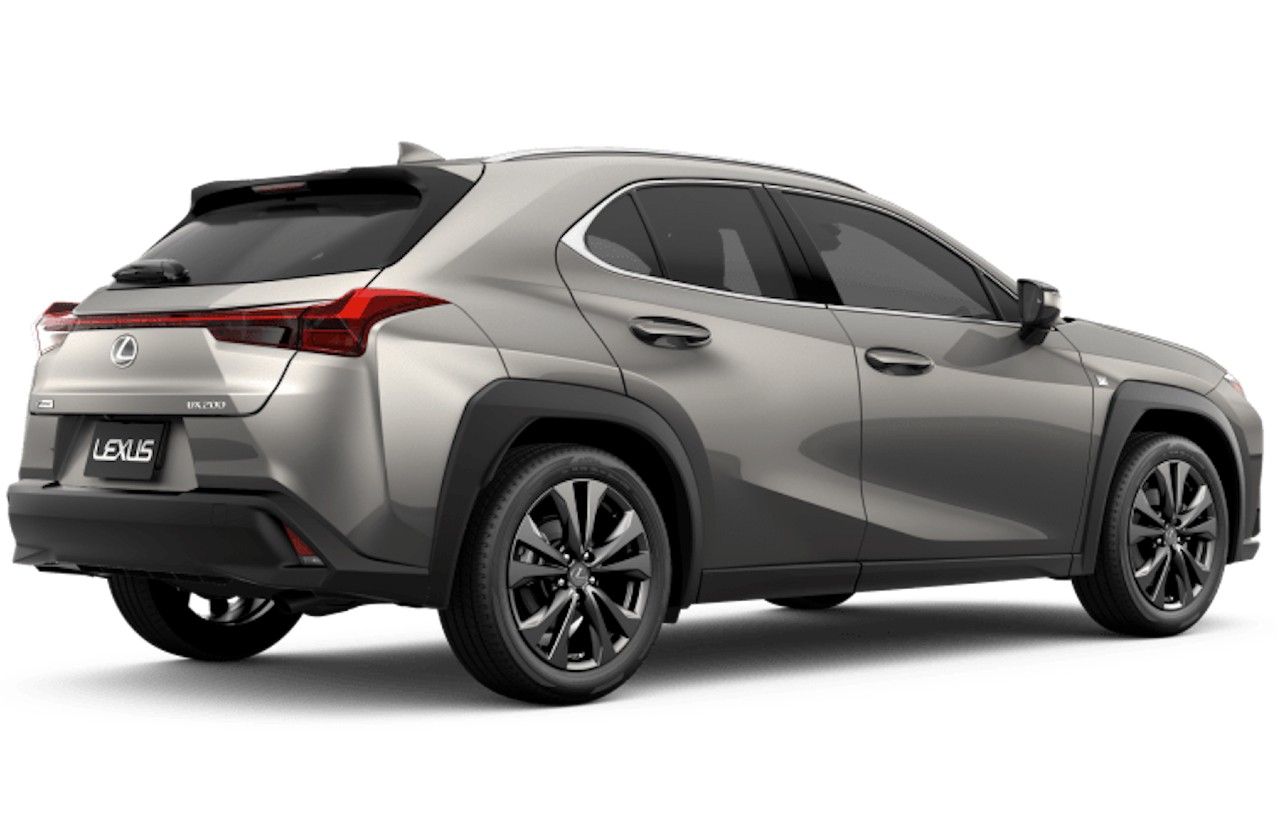 As is characteristic of the Lexus brand, option packages can be layered atop the base trim to create a more lavishly equipped machine. For $1,300, the F Sport Series 1 group adds a sportier look to the exterior by deleting most chrome trim and adding an angrier front bumper with fog lamps. It also opens up the choice of fitting a jazzy red interior while tossing in paddle shifters and a heated steering wheel. At this price, one would be silly not to spec the option, so the machine shown here is fitted with it.

Given there is only an $1,800 price difference between the UX 200 and the UX 250h, it is tough not to recommend the latter. For the money, one gets all-wheel drive and a bit more horsepower, not to mention better fuel economy to the tune of about 2L/100km in mixed driving conditions thanks to its hybrid powertrain. Extrapolated using today’s fuel prices, that puts a breakeven distance at roughly four years’ worth of average driving.

Both models include active safety aids like lane departure assist, pre-collision systems, and radar cruise control. The not-that-much-more-expensive UX 250h also comes with lane tracing assist, permitting the car to do a better job of colouring inside the lines. With that level of extra equipment – plus more power and better fuel economy – be sure to sample the UX 250h before making a final decision.