To understand what BMWs were like 20-30 years ago and how they achieved their “Ultimate driving” reputation you’d have to buy a good used one and drive the snot out of it. Or travel back in time.

Some might argue that the brand lost its way and the cars they make today are too soft, too big, and too disconnected. But BMW’s story is not one about forgotten roots; it is one based on the evolution of consumer demands and the challenge of meeting them.

This reminds me of an artist I listened to in my younger days: Tiësto. For those who haven’t heard of him, Tiësto was known for his euphoric trance and trippy progressive house beats and was massively popular in the late 90s and 00s. Still considered one of the best DJs in the world, Tiësto’s continued popularity can be attributed to his evolution into the pop music scene, catering to a broader base and a new generation of listeners. Like BMW, Tiësto saw where the trends were going and adapted rather than continue to appeal only to an aging demographic.

Every once in a while, though, great artists and great brands remind us why they are so revered. Tiësto recently released a single under his VER: WEST alias that takes older listeners like me back to the past, where we can wax nostalgic on how great things were.

BMW also released a special version of one of the oldest cars they have in their lineup: the M2 CS. Building on the excellent M2 Competiton, the CS is the M2 cranked up to 11. It is the final song in the 2-Series lineup and a fitting good-bye to one of the last true links to BMW’s past. 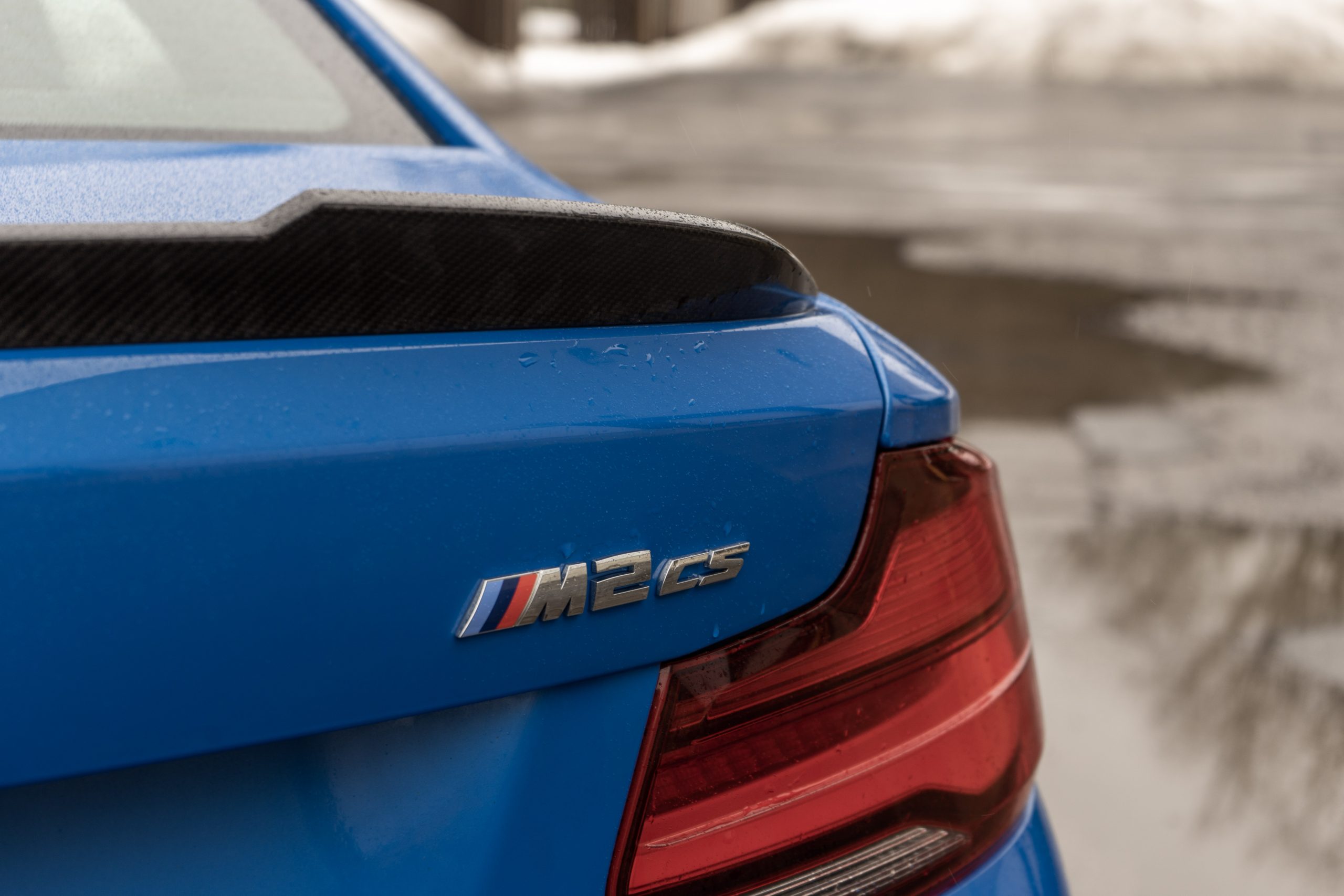 Adding a CS badge to an M-car means even more power, less weight, and limited numbers. With only 2200 scheduled for global production, it is very limited indeed. This, of course, means a healthy price increase of $25,000. Or roughly what it costs to buy a new compact crossover. Ouch.

For that you get a bunch of carbon fibre parts that include the rear diffuser, roof, mirror caps, rear spoiler, front splitter, and even the vented hood. On the inside you’ll find carbon fibre door pulls and a carbon fibre centre console but no armrest. Like the M3 and M4 CS, the carbon and missing armrests are to save weight but bigger brakes, standard adaptive dampers and a few other bits will add some of it back. BMW hasn’t published any official figures, but a big meal will likely offset any weight savings.

The bigger news is under the hood where the S55 3.0-L twin-turbo straight-six is no longer detuned and sends the full 444 hp to the rear wheels. Torque remains unchanged at 406 lb-ft.

For the first time on a CS badged car, the standard transmission is a 6-speed manual and the 7-speed DCT is optional. By some miracle, my tester was equipped with the latter (thank you BMW Canada), and having three pedals in the footwell made this M2 the most exciting car I’ve driven all year. 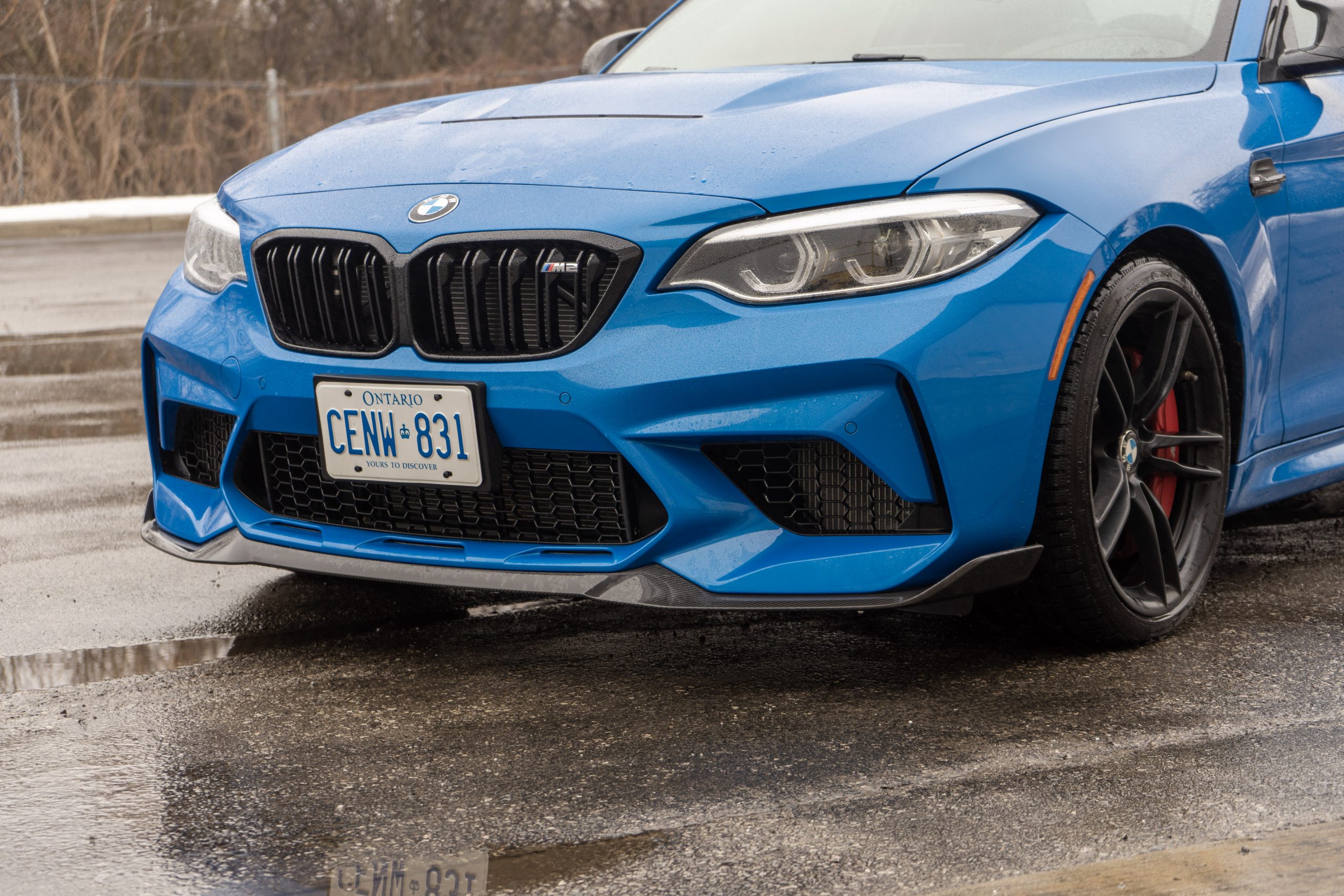 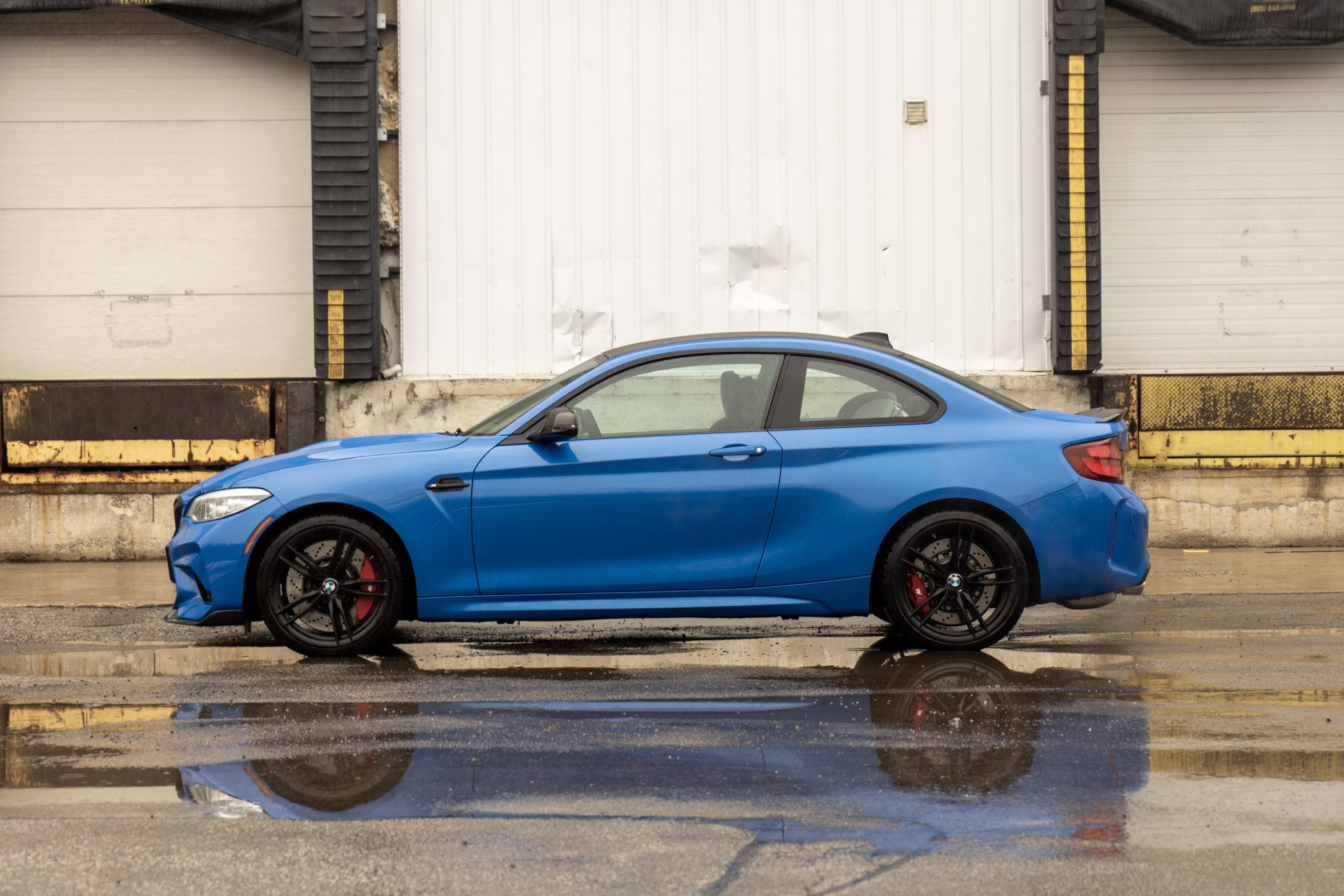 Draped in Misano Blue metallic the only thing missing were the epic 19-inch matte gold wheels from the car shown at the last LA Autoshow where it was revealed.

I’ve been waiting to drive this car for a while, and considering how smitten I was with the “regular” M2 competition, I knew I was in for a good time.

Expecting an even louder, stiffer, and less insulated experience, the first thing I noticed on this special M2 was its refinement and compliant ride. The CS comes standard with the M adaptive suspension and when set to comfort mode, bumps are smoothed out and rough roads won’t make you cringe. “M1” and “M2” buttons on the steering wheel allow you to customize your drive modes and have it load up instantly but it’s easy to cycle through the different modes for the dampers, engine, and steering with the buttons to the left of the gearshift. 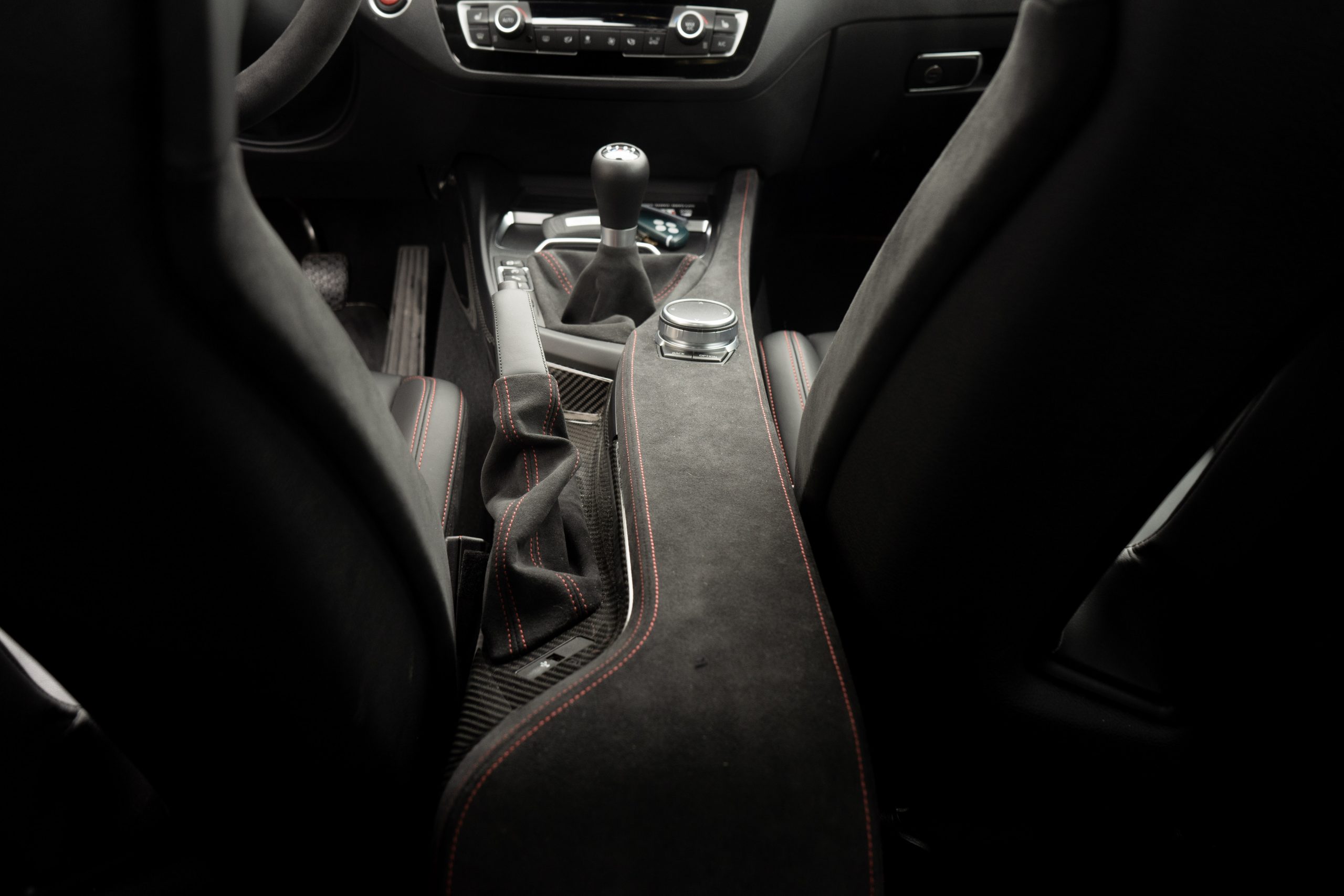 The M2 CS, given its short wheelbase and compact proportions coupled to razor-sharp steering, larger brakes, and a perfect driving position is about as easy to drive as cars come. The 6-speed manual is computerized, so it rev matches downshifts, holds you on hills, and makes it difficult to stall. Shift action is precise and light, with a bit of that trademark notchiness going into gear. You can turn auto rev-matching off by deactivating traction control but you’d better know what you’re doing and not including an option to turn it off without defeating vital safety systems seems, well, silly.

Minor quip aside, the true joy of piloting an M2 CS comes when you approach a corner. Brake, downshift, turn in, and feel the perfectly balanced chassis respond instantly. With virtually no understeer and a tail that’s happy to step out on command, the M2 is a bag of giggles that will reward even the most ham-fisted of inputs, provided you keep the car in MDM traction mode where a dollop of fun is allowed before the computer steps in and stops you from putting it into the wall. If your skill level is higher and you turn all the nannies off, this is a genuinely quick car that feels even faster than the (last-generation) M3 and M4 and will keep 911 and Corvette owners staring nervously in their rear-view mirrors. 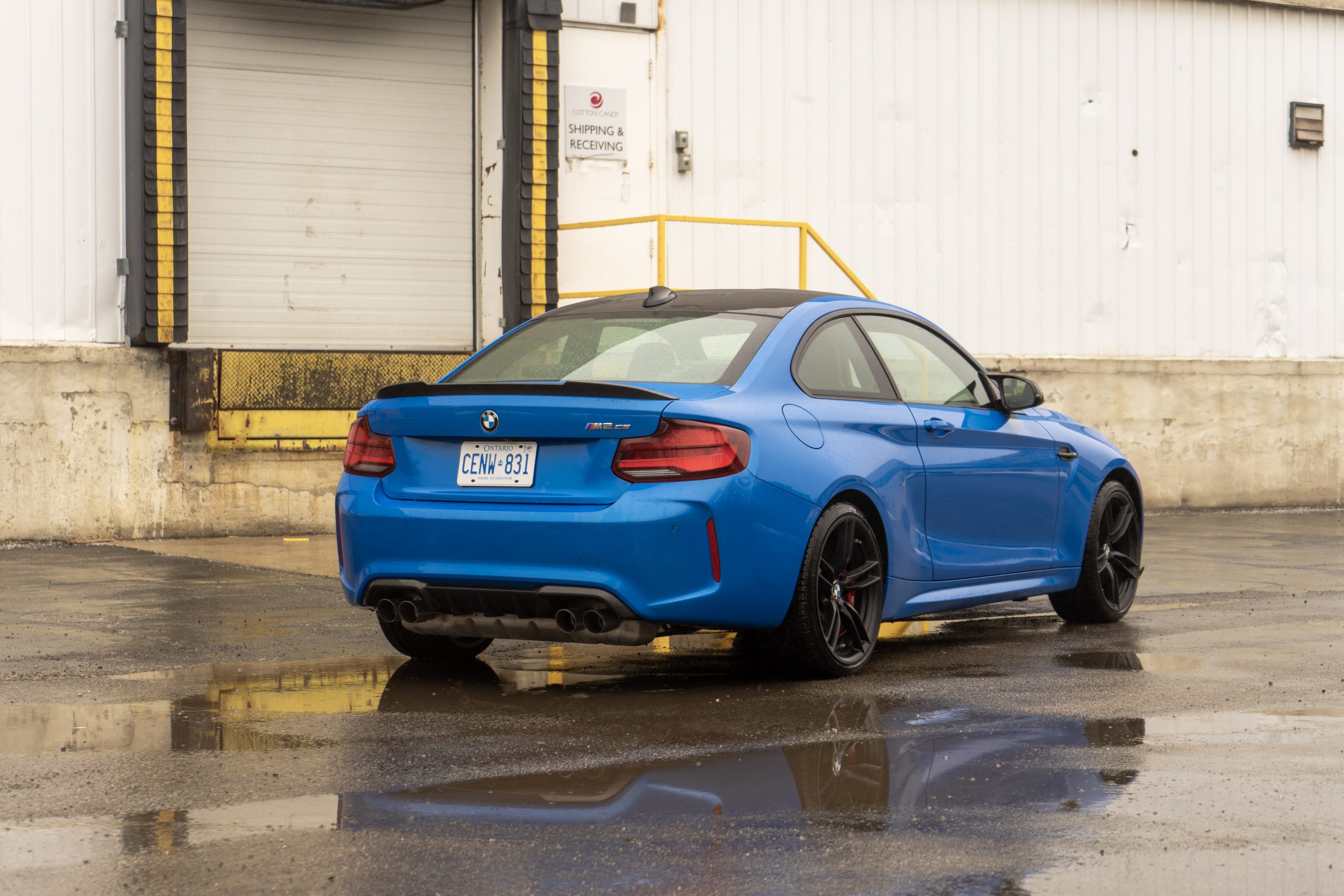 Now, I’m not going to tell you that the CS is worth all the money over the base M2 Competition, much of what you’re paying for here is exclusivity. But I will tell you that the performance behind the wheel is undeniably excellent and that this is easily the most exciting M-car you can buy today at any price. Equip it with a manual, like this one, and driving Nirvana will be yours.

Just like Tiësto’s new retro single, the M2 CS and the M2 Competition are reminders that even though BMW has shifted some of its focus away from ultimate driving, it hasn’t lost its way. Every so often they’ll release a new classic that will take you back to the glory days.

Check out these BMW Cars Deals at Great Prices in Kampala, Uganda: