Volkswagen has thrown down a price gauntlet at its rival long-range EV rivals, announcing today that its all-electric ID.4 SUV will launch in late summer in Canada at a starting price of $44,995, allowing it to be eligible for the federal electric vehicle rebate of $5,000 – unlike its main Ford Mustang Mach-E and Tesla Model Y rivals.

That’s significant because that $45k base MSRP is roughly the current starting price of smaller and much less sophisticated subcompact electric crossovers and hatchbacks such as the Hyundai Kona Electric and current Chevrolet Bolt (before its upcoming summer price drop, and launch of the $40k Bolt EUV crossover).

Like in the U.S., these early arrival ID.4s will come with rear-wheel drive and a 201 hp motor, complete with an 82 kWh battery that provides an EPA-rated 400 km of range. Volkswagen Canada says the ID.4 will launch in Ontario “shortly afterwards” in 2021, right around the time a more powerful 300 hp all-wheel drive version becomes available, called simply the ID.4 AWD.

“With current supply coming solely from Zwickau, Germany, we are constrained until such time as our new ID.4 factory in Chattanooga comes on line next year,” said Volkswagen Canada manager of media relations Thomas Tetzlaff. “In the meantime, we are concentrating our incoming inventory in the areas that have the strongest historical EV sales.” 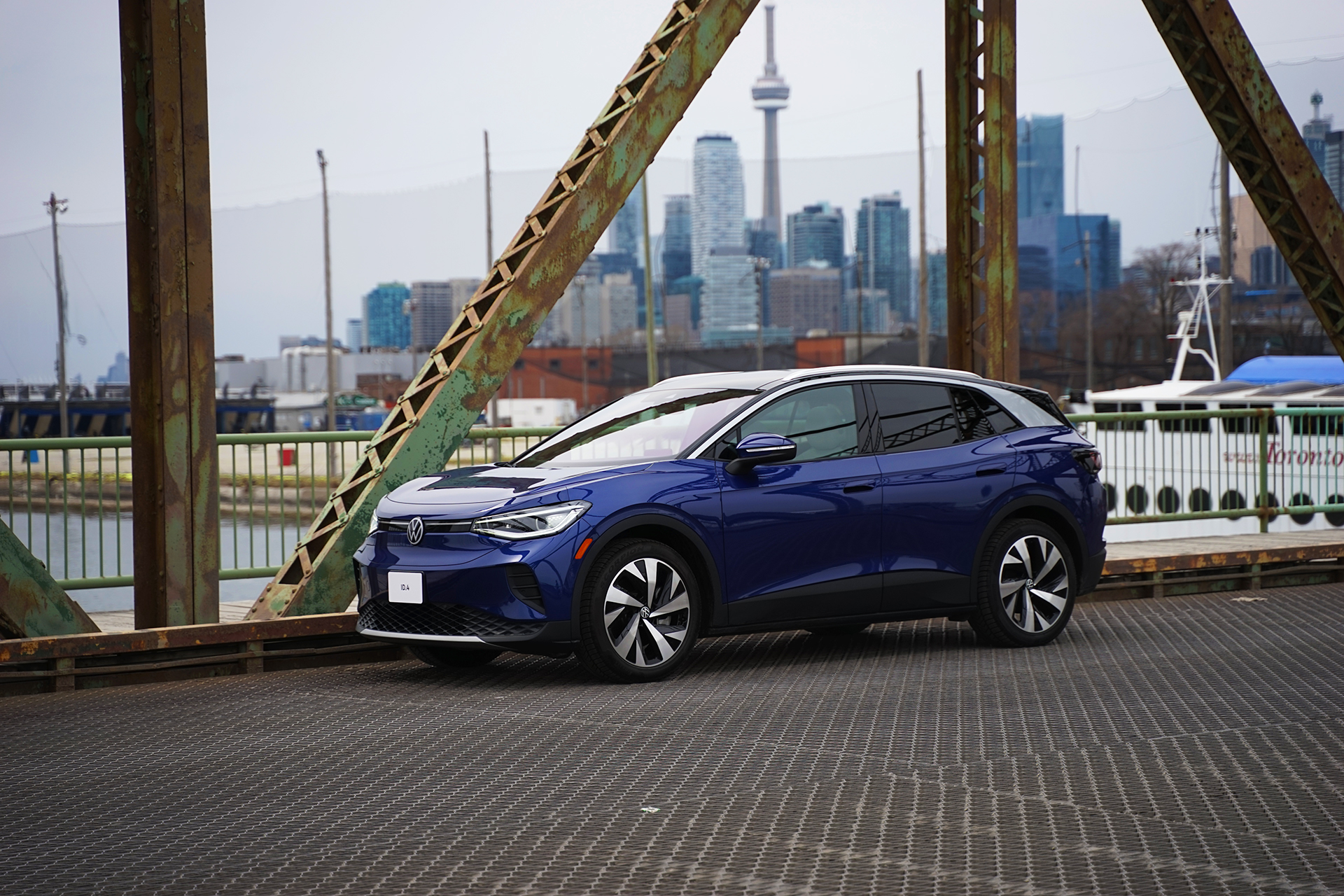 All ID.4 models will include a heat pump that helps it lose less range in the winter, and a heated steering wheel, as well as quick charging capability at a maximum speed of 125 kW, which is not quite Tesla or Porsche Taycan territory, but at least double the speed of anything else at this base price. The ID.4 allows for a five to 80 per cent quick charge in roughly 38 minutes, with a similarly advanced 11 kW onboard charger that makes it easy to get extra range quickly at home as well when you’re in and out running errands.

The more powerful ID.4 AWD Pro will start at $49,995, and both Pro models can be upgraded with a Statement package for $8,000 that adds an illuminated VW logo and light line that connects to the LEDs up front, a panoramic glass roof, adaptive front lights, 20-inch wheels, power-folding side mirrors and silver body and roof accents (as in these newly-released Canadian photos).

VW Canada expects all versions of the ID.4 to be eligible for the $5,000 federal incentive, no matter how equipped. Interestingly, the US$39,995 starting price of the American ID.4 works out at current market rates to the equivalent of C$50,502 – without the “heated everything” that comes standard on Canadian models. The Canadian Statement package actually combines the equipment of the U.S. ID.4’s Gradient and Statement packages, says VW, and we won’t receive the white interior option nor the Launch Edition versions of the ID.4.

But it will still offer fun features like the ‘Play’ and ‘Stop’ motifs on the accelerator and brake pedals, as well as the ID. Light, an LED light strip that runs across the base of the windshield that changes colour to help indicate drive or charge status, plus braking or phone call prompts, to go along with audio cues as well.