Carolina Batica has had a love of dancing and fitness her entire life. So much so, that she recently turned what was once a part-time job into her full-time profession. The Argentina-born mother of two now teaches up to six virtual fitness classes every week with a focus on Zumba — an exercise program full of upbeat International music, Latin-inspired dance moves and the enormous smiles of her students.

Describing her previous vehicle as “cool but not practical,” the recent approach of Batica’s 60th birthday saw her searching for a new set of wheels — one that would keep her safe, warm and ready to Zumba for many more years to come. With her new career path in motion, Batica leased a vehicle to match her upbeat attitude, a 2021 Toyota RAV4 XLE AWD.

“There was one morning last year I’ll never forget it,” said Carolina Batica. “They were calling for a lot of snow. I had been at my hairdresser and when I came out, it took me half an hour to get my car to go. It was stuck — completely. And I was praying; ‘Okay I have to get home.’

“I was in Pickering and I took the 401 to get home to Oshawa and I will never forget how bad it was. I remember just watching the trucks and the Jeeps and four-wheel-drive cars driving by me so confidently. I thought, ‘Okay this is what I need’. 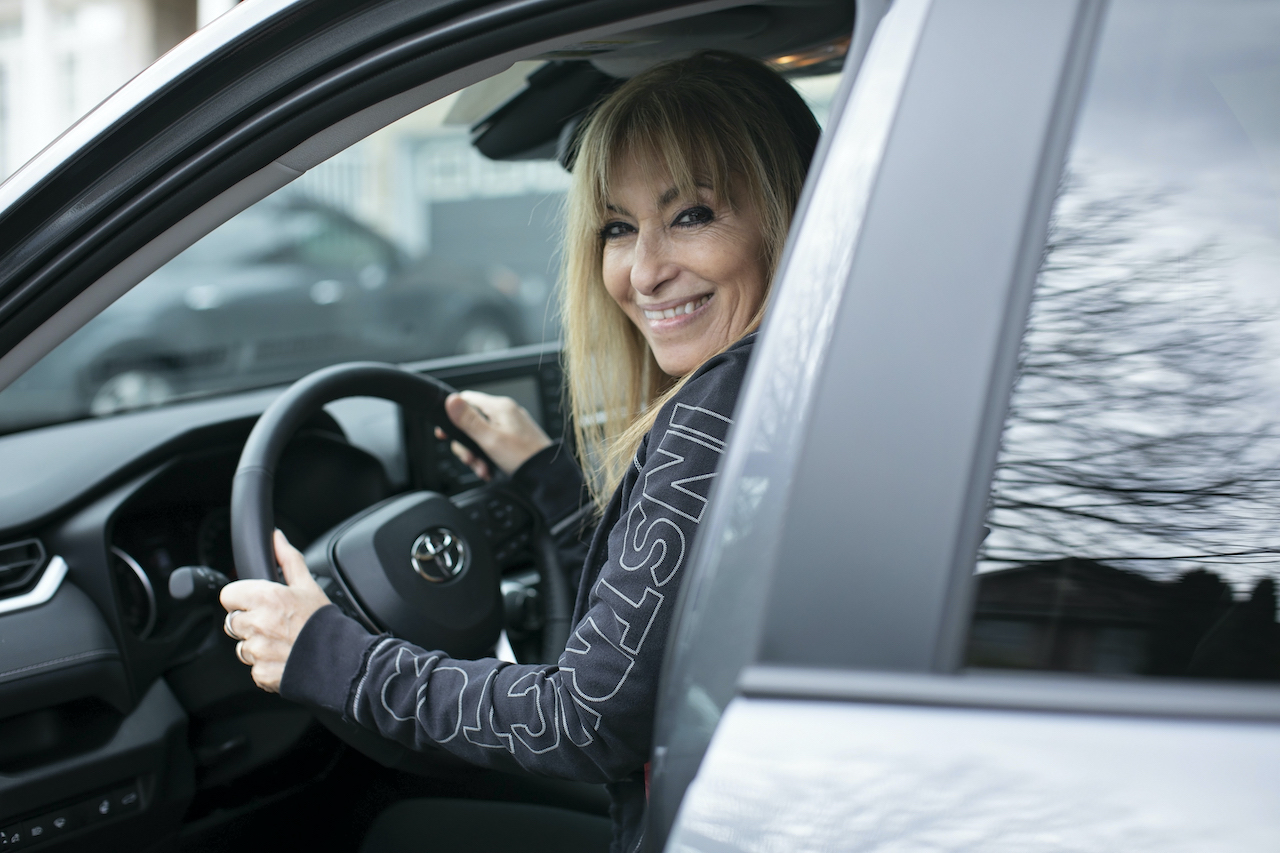 “I was doing my research and it came up as RAV4 as one of the top cars for snow in Canada, so I gave it a try and I’m very happy with it,” said Batica, who leased her new vehicle from Whitby Toyota. “Driving on the 401 this last winter when it was windy, I felt very safe, steady and confident.

“Before COVID, I was teaching almost five classes a day in-person, so I was driving back and forth constantly. But this is life now, with everything done through Zoom. It’s a little bit sad but at least I am still connecting with these people. We are still smiling through these classes, and someday soon I’ll be able to use my new car to go dance with them all again.

“I did get to see some of them recently — it was my 60th birthday two weeks ago and one of my Zumba groups came. It was raining, and all of them were standing outside with umbrellas singing ‘Happy Birthday’ to me,” said Batica.

“Not everything you do in life for work gives you back such moments that make you feel like people appreciate what you’re doing for them. It’s not only a workout, or just about burning calories, it becomes something else.” 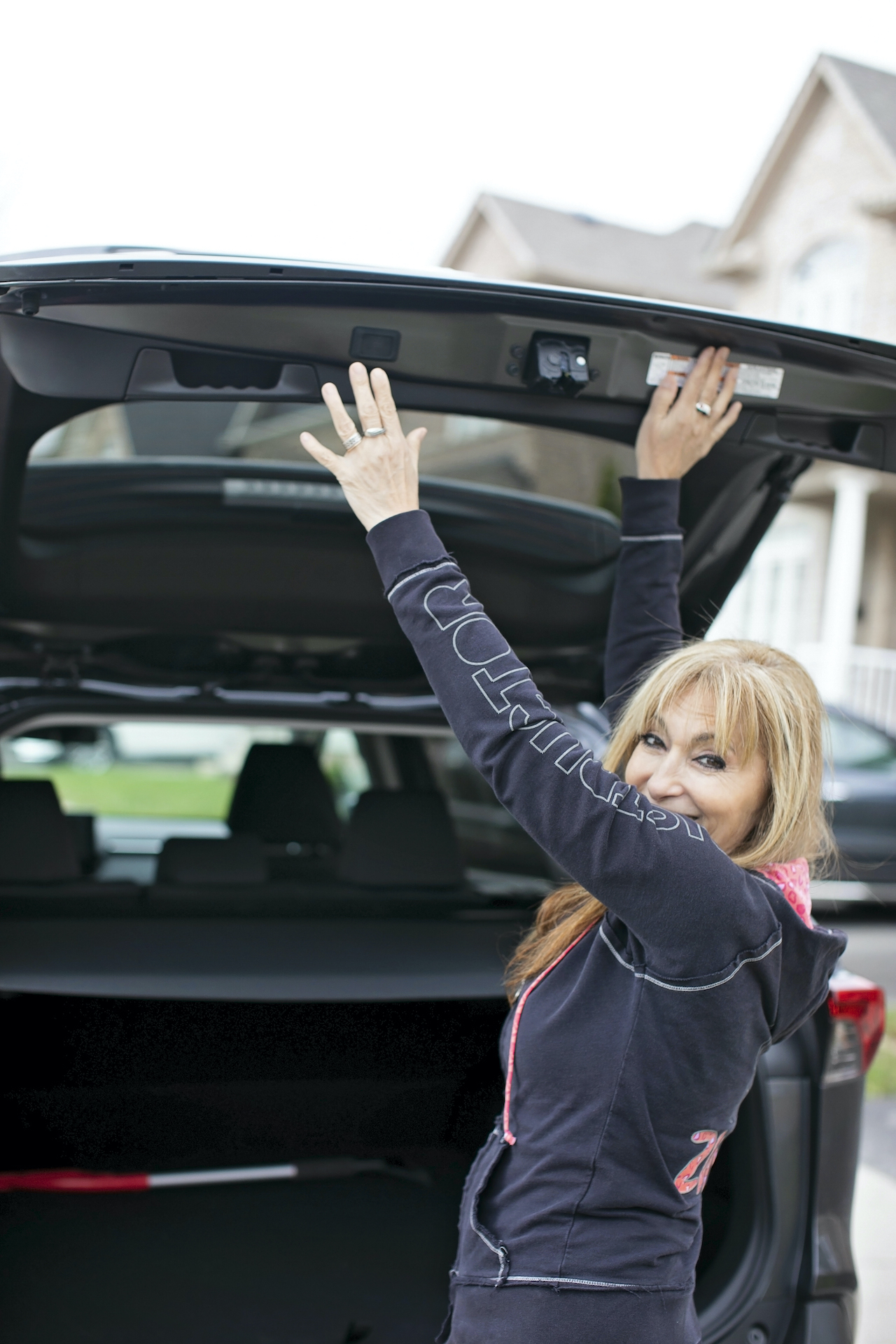 “Now that I’m aging, and we live in Canada, I need a car that’s truly ready for snow and big storms,” said Batica. Luckily, the Toyota RAV4 XLE has drivers covered in any condition with its active torque all-wheel drive system, which dynamically shifts from front-wheel-drive to all-wheel-drive as soon as the system senses wheel slippage. Also making it a top choice for cautious drivers is the RAV4’s signature long wheelbase and wide track, which help deliver a more stable, confident drive during any season.

Ensuring that drivers feel just as comfortable inside their vehicle as they do on the roads, the RAV4 XLE model boasts Dual Zone Automatic Air Conditioning as well as an eight-way Power Driver Seat with Lumbar Support. The driver’s seat even features a memory mechanism which adjusts to your preferred position. Sliding the comfort scale even further, the RAV4 XLE comes with front and rear heated seats and a heated leather steering wheel, perfect for those frosty Canadian mornings on the road.

A huge plus for the environmentally and economically conscious driver alike, the RAV4 XLE AWD feature a Stop & Start system which automatically stops the engine while the vehicle is temporarily motionless. Especially useful for city driving, where traffic lights and stop signs abound, the engine will restart automatically when the driver releases the brake pedal. That’s it, that’s all. Nothing more needs to be done but to count all the coins you’ll be saving on gas.